How to Cook Bacon in a Toaster Oven Bacon is delicious. There’s no denying that. But it can also be a bit of a pain to cook, especially if you’re trying to avoid making a mess.

That’s why baking bacon is such a great idea.

It’s easy to do, and you don’t have to worry about hot grease splattering everywhere.

Plus, bacon cooked in the oven tends to be nice and crispy – perfect for topping off a BLT or garnishing a salad.

So next time you’re in the mood for bacon, ditch the frying pan and pop your bacon in the toaster oven, you’ll be glad you did!

There’s no denying that bacon is delicious.

But cooking bacon can be a bit of a pain, especially if you’re trying to avoid making a mess.

The good news is that there’s a way to make bacon that is both easy and delicious: baking bacon in the oven.

Here’s a step-by-step guide to help you cook bacon that’s perfect every time:

Baking bacon in the oven or in the toaster oven is the perfect way to get crispy, delicious bacon without getting bacon grease everywhere.

So next time you’re in the mood for bacon, give this method a try! 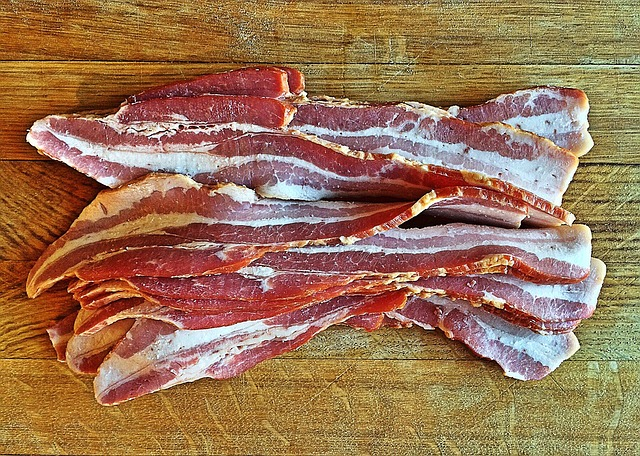 Is cooking bacon strips better in a toaster oven or a conventional oven?

There are pros and cons to both methods.

Bacon in a toaster oven will cook more quickly, but it can’t cook as much as a conventional oven.

Bacon in a conventional oven will take longer to cook, but it will be more evenly cooked and you can make more of it.

So which is better? That depends on your preferences.

If you’re looking to make just a few bacon strips, then a toaster oven is the way to go.

If you’re looking to make a large amount of bacon, then a traditional oven is the better option.

Both will make delicious crispy bacon slices, it just depends on how much bacon you need to cook.

Can you put aluminum foil in the toaster?

You might be surprised to learn that you can actually put aluminum foil in the toaster.

While it’s not necessarily the best idea, it can be done in a pinch.

Just be sure to use caution, as foil can easily become lodged in the toaster and cause a safety hazard.

If you’re looking for a quick and easy way to cook bacon, however, aluminum foil can come in handy.

Simply place a few bacon strips on a sheet of foil on top of a baking pan, then set it in the toaster oven.

When it’s done, take it out and dry it on a paper towel. That’ll ensure that it stays crispy because the paper towel will soak up excess fat.

What temperature should bacon be cooked in the oven?

Bacon should be cooked on baking sheets and on parchment paper in a regular oven at a temperature of 400 degrees Fahrenheit.

Doing this for around 20 minutes will ensure that your bacon will be perfect every time. It’ll also allow you to make a big batch of it on your sheet pan and reduce the overall cooking time of making so much bacon at once.

Bacon in a toaster oven should be cooked at a temperature of 375 degrees Fahrenheit.

Baked bacon in a toaster oven requires a temperature that’s just a little bit lower than a traditional oven because a toaster oven is actually more accurate than a regular oven.

A large oven has to heat up so much space that it’s actually not very accurate when making bacon or when baking anything in general.

A toaster oven or convection oven will give you a much faster cook time and has a more accurate temperature.

Once the bacon is done cooking, it should be removed from the oven and placed on paper towels to soak up any excess grease.

There are a lot of different ways to cook bacon strips, but if you’re looking for the fastest way, cooking bacon strips in a toaster oven is the way to go.

Here are a few tips on baking oven bacon!

Do you need oil to cook bacon?

No! You don’t need any oil to cook bacon.

Bacon is already mostly fat so there’s no need to use oil even when cooking bacon in a frying pan or skillet.

What should you do with bacon grease?

Bacon grease is one of those things that most people don’t know what to do with.

We’ll show you what to do with bacon grease, so you can make the best decision for your own bacon-cooking needs.

Bacon grease is rendered fat that has been cooked out of bacon. it can be used for many things, such as cooking other food or adding flavor to a dish.

Bacon fat can also be used as a lubricant or even as a candle! The possibilities are endless.

One popular use for bacon grease is to cook eggs in it.

The great flavor of the bacon will infuse into the eggs and make them even more delicious.

Another use for bacon grease is to add flavor to vegetables. sautee some veggies in bacon grease and you’ll never look back.

Finally, bacon grease can be used as a base for homemade salad dressing recipes or sauces.

Final thoughts on baking bacon slices in the toaster oven

Don’t let anyone fool you – bacon in the oven is incredibly efficient and also delicious!

Don’t bother ever using a microwave, frying pan, or a skillet again. A toaster oven is ideal and a regular oven is a great second choice.

Toaster ovens cook bacon fast, no need to wait for a large oven to heat up or to risk grease spatter on a pan.

Once you use a toaster oven, you’ll never look back! See our top choice for the best countertop oven on Amazon!