Baking vs Cooking – What’s the difference? What’s the difference between baking vs cooking food? This is a question that we’ll answer in this article.

What’s the difference between cooking and baking?

When it comes to cooking and baking, there are a few key differences.

For one, baking generally requires more precise measurements than cooking.

This is because baking is more of a science than an art. The chemical reactions that occur during baking are what give baked goods their signature textures and flavors.

As a result, even a small change in ingredients can have a big impact on the final product.

In contrast, cooked dishes are typically more forgiving, as they can be taste-tested and adjusted as needed.

Additionally, baking generally takes place at higher temperatures than cooking. This is because the heat helps to activate the ingredients, resulting in lighter food than cooking.

By contrast, cooked dishes are often simmered at lower temperatures to prevent them from drying

Cooking refers to a way to prepare food that involves dry heat and mixing the ingredients to change their chemical composition and make them safe for consumption.

The invention of fire marked a huge point in humanity since it enabled humans to convert raw food into tasty and nutritious foods.

Depending on the temperature, they could be altered in flavor, texture, color, appearance, or even chemical composition.

However, cooking does lessen the nutritional content of foods.

Food preparation basically involves exposing cooking vegetables or meat to constant dry heat at a high temperature in order to bring its internal temperature to a certain point. 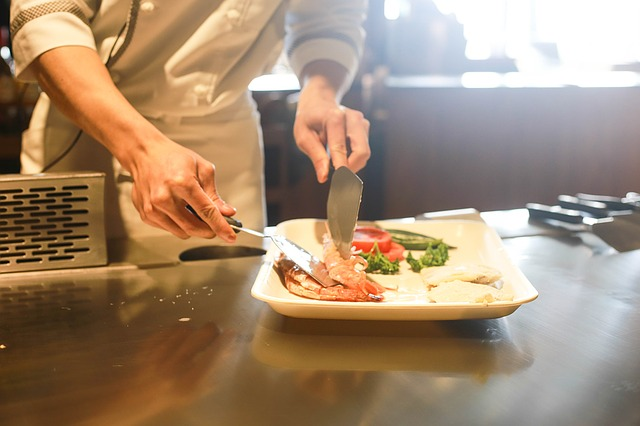 It’s really not just cooking vs baking, there are many ways of preparing food. The way you choose to prepare food, like chicken, for example, will have a lot to do with the appliances you have at home, what kind of baking skills or cooking skills you have, and how you want your food to taste.

Boiling is a method of cooking that involves heating water to its boiling point and then using the hot water to cook food. That’s the basic principle.

Braising involves browning meat or vegetables in a pan before cooking them slowly in liquid. This helps to break down the tough fibers in the food, resulting in tender and flavorful dishes. Braising is often used for tougher cuts of meat, such as beef brisket or pork shoulder.

The slow cooking process allows fat soluble nutrients in the meat to retain its moisture, making it more succulent and less likely to dry out. Braising can be done in a stovetop pan or oven-proof dish, and the liquid can be anything from water or stock to wine or beer. With so many options, braising is a versatile cooking method that can be used to create a variety of delicious dishes.

When you broil food, you’re essentially cooking it with direct heat. This means that you’re placing the food on a rack close to the heat source, which is usually located at the top of the oven. As a result, the food cooks faster on the top.

Frying is a type of cooking that involves immersing food in hot oil. The food is usually cooked in a shallow pan over high heat, resulting in a crispy exterior and a tender interior.

Food can also be dipped in a liquid batter and totally submerged in hot oil. This is a process known as deep frying.

Common fried foods include french fries, chicken, and fish. Frying is a relatively quick and easy way to cook, making it a popular choice for busy home cooks.

However, it can also be unhealthy due to the high-fat content of the oil. When frying, it is important to choose an oil with a high smoke point so that it does not break down and release harmful chemicals into the food.

Grilling is a type of cooking that involves dry heat, typically from charcoal or gas.

The food is placed on a grill, which is then heated to high temperatures. This method of cooking can be used for meats, vegetables, and even some fruits.

Roasting is a method of cooking that uses dry heat. The food is placed on a rack in a roasting pan and cooked in an oven. Roasting can be used to cook meat, vegetables, and fruit. Roasting typically is used to cook large cuts of meat, whole chickens, and turkeys.

Sauteing is a type of cooking that involves using a small amount of fat, such as oil or butter, to fry food in a pan. The word “saute” comes from the French term “sauter,” which means “to jump.”

When sauteing, the food is usually cut into small pieces, so that it can cook quickly and evenly. This method of cooking is often used for meats, vegetables, and fish.

Searing is a cooking technique that uses high heat to brown the exterior of food while leaving the interior rare or medium-rare. Searing creates a flavorful crust on meat, fish, and vegetables, and also helps to lock in juices.

Smoking is a cooking method that involves exposing food to smoke from burning wood or charcoal. This process works by drying out the food, which prevents the growth of bacteria.

This type of cooking imparts a distinct flavor to the food, and can also help to preserve it. In addition to its culinary uses, smoking has also been used for centuries as a way to cure meats and fish.

Steaming is a form of cooking that involves using steam to cook food. The food is placed on a perforated platform, which is then placed over a pot of boiling water. The steam from the boiling water rises up and cooks the food. 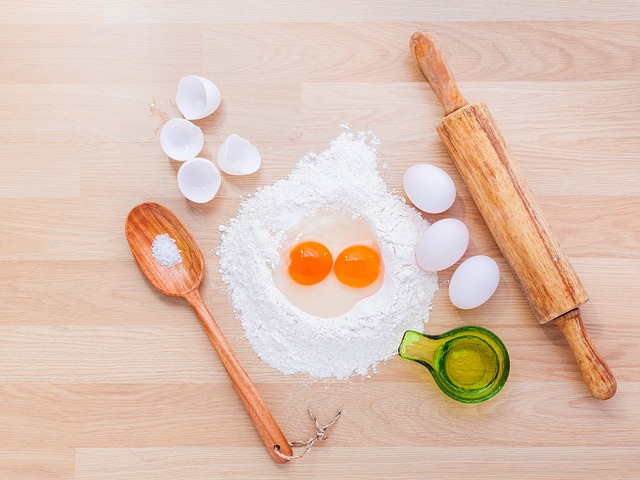 Baking is a type of cooking that is typically done in an oven. Although it can be done in a standard oven, a countertop oven, or more traditionally in pots or wrapped in leaves and then exposed to dry heat underground.

Baked goods are typically made by combining ingredients, such as flour, sugar, butter, and eggs, and then baking them in an oven.

Baking can be used to make a wide variety of foods, including bread, cakes, pastries, and cookies.

While baking is often associated with sweets, it can also be used to cook savory dishes, such as tamales and quiches.

Baking is one of the healthiest cooking methods because although baking is a cooking method used to bake sweets, it actually doesn’t involve any external ingredients like pan-frying, sauteing, or deep frying does.

Whether you’re making an elaborate cake or simply baking some chicken breast, you don’t have to be a professional chef to enjoy your baked goods.

Simply follow what your recipe calls for with extreme precision and you’ll have the food you need.

Art vs Science (Baking and Cooking)

When it comes to baking, there is definitely an element of science involved.

After all, you are working with specific ingredients that have to be combined in a certain way in order to create the desired results.

Baking involves mixing things in certain ways at certain times. If you mess up your ingredients or your baking time, then you might’ve ruined your entire dish.

That’s the big difference between cooking vs baking.

Cooking is more of an art form in the sense that you don’t need to be so precise with the ingredients involved.

Turn up the heat and cook your food to taste. Boil pasta for a few minutes less or a few minutes more and it’ll be fine. Salt to taste and add as much sauce as you want. If you forgot to add sal then you can just add it later.

However, if you forget to add yeast to bread, you’ll find that out really quickly when you expect to see rising dough and you find yourself with flat bread. 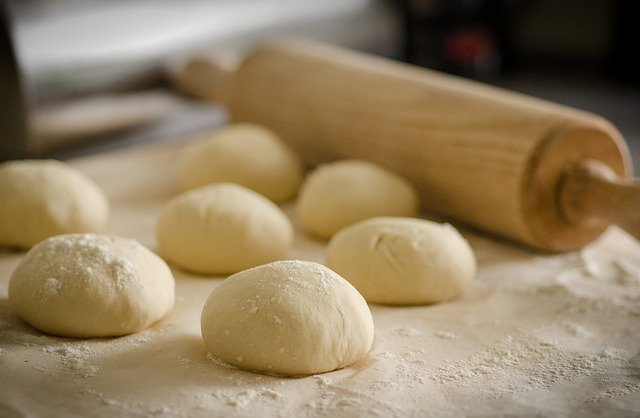 Cooking and baking are two sides of the same coin.

Baking is a method of cooking (a healthier method!). Which method you choose will depend on how you want your food to taste and what appliances you have at home.

Fortunately, you don’t need a Chef’s Kitchen or even take cooking classes to bake foods, roast foods, or do any other type of cooking or baking.

If you have some meat or food and a way to apply heat, then you can get started with baking and cooking.

Find a recipe, get your ingredients, and get started!